What is Dash Cryptocurrency?

Dash is an open source cryptocurrency, and it is considered an alternative currency that has forked from Bitcoin.

Dash is also an independent decentralized organization, run by a group of its users, known as Masternodes. 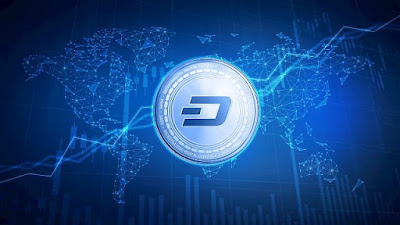 The currency was launched in 2014 by Evan Duffield, and was known at the time as Xcoin, then changed its name to Darkcoin,

and in March of the year 2018 it was renamed again to Dash Coin, which is the name it is currently famous for.

Just as with various cryptocurrencies, Dash is based on Blockchain technology, and mainly aims to provide a global payment network that is fast, cheap,

and better in terms of privacy. The currency also indicates in its white paper that it has overcome some of the problems of Bitcoin,

which has earned it the confidence of investors, and its prices have grown in a short period, to become at the forefront of the crypto market,

in addition to that, it was considered the most popular currency in Venezuela in the year 2019.

What is Dash Coin Project?

Dash is an open source project, which includes a decentralized payment network, which has been designed in a way that ensures user privacy and anonymity.

Dash also aims to become a medium for everyday transactions, which can be used in the form of cash, credit cards, or even PayPal transactions.

The currency has achieved remarkable success, specifically in the country of Venezuela, which suffers from high economic inflation,

where it is used as a substitute for the official currency (the Bolivar), which has lost its value to a large extent.

Dash coin is very similar to bitcoin, both are used as alternative currencies for online financial transactions,

they also adopt blockchain technology and decentralized payment systems. The main differences between them appear in several things,

including the techniques used in mining. Whereas Dash uses the X11 algorithm (a modification of the PoS algorithm), Bitcoin uses the PoW algorithm.

Dash differs from Bitcoin also in transaction processing systems. In the case of Bitcoin,

transactions on the Blockchain must be validated by all nodes within the network,

where transactions are verified by a subset of users called masternodes.

This system contributes to solving the problem of scalability, and the process of verifying transactions takes place in a relatively shorter period, and its cost is lower.

There are many advantages to the Dash currency, which contributed to attracting more investors to it, and which also had a role in maintaining

the currency’s seat at the forefront of the cryptocurrency market throughout the previous years. We mention these features as follows:

Supported by a distinguished team of developers:

Dash coin has been able to continue throughout the previous period, thanks to the team of developers based on it,

who from time to time introduce more improvements to its project.

There are four strong teams behind the ongoing (promotion, use, and development) of Dash and Cryptocurrency.

Maintains privacy: Dash has a unique privacy feature within the blockchain networks, thanks to a technology it has called PrivateSend.

This feature has brought many investors to it, especially those who do not want others to know the features of their online activities.

This protocol allows a great deal of security and flexibility. In addition, Dash Coin uses the X11 mining algorithm which also plays an important role in securing the network,

which is why we have not heard of hacking cases as many cryptocurrencies have.

Relatively fast: As mentioned earlier, Dash Coin relies on Masternodes to verify its transactions, which means that verification is done by a subset of users,

not all nodes on the network. This means that transactions will be executed faster and their costs will be lower. Dash processes 30 to 56 transactions per second.

At the time of writing this article (August 2021), Dash is ranked #59 in terms of market capitalization, which is close to one billion and 700 thousand dollars.

In the same context, there is a maximum supply, which is 18 million and 900 thousand units. Accordingly, experts believe that the currency has potential for further growth in the future.

Also learn about a number of other digital currencies, such as: CHZ currency, Link currency, and VET currency

With the emergence of many new cryptocurrencies, Dash’s ranking has declined, due to a number of flaws, which can be illustrated as follows:

and they are being adopted by more companies around the world.

If Dash cannot provide more value, it may continue to lose a portion of its market share to competitors.

Affected by what is happening in the crypto market:

Dash is not far from what is happening in the cryptocurrency market,

it often follows the movements of Bitcoin, so we find that its value increases with the rise of Bitcoin and vice versa.

Unlike some other currencies, which succeeded in overcoming this obstacle,

for example, Matic and Cardano, which succeeded in achieving more growth at the same time.

What is artificial intelligence and what are its applications in life?