in the form of the Barclaycard Pay Wave credit card and there are now several others.

However, there are still occasions when you will need to use a card for payment so it is still worth checking

for the best rates on credit cards at moneysupermarket or a similar comparison website. 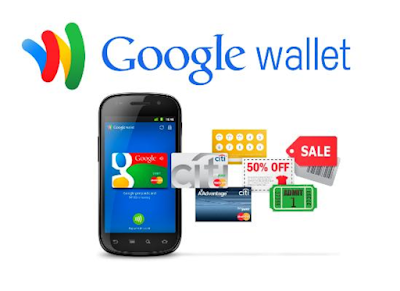 How Does Google Wallet Work?

As well as selected credit and debit cards, products that can already use the system include more novel ideas like key fobs and wristwatches. Internally,

they are all similar and make use of an RFID chip to enable payments of small amounts (up to £15 currently) without the need to provide a signature or enter a PIN number.

In the telecom sector the technology is known as ‘near field communication’, which is the basis for the newly launched Google Wallet.

At the present time there is only one handset that currently contains the technology required to make use of Google Wallet and that is the Nexus S 4G,

which runs the Android operating system via the Sprint network

. Other handsets are soon expected to be available but there is no release date as yet.

The reason for the name, ‘wallet’ becomes clearer when reading Google’s explanation of how their system works.

Not only does it allow payments to be made by simply tapping a ‘PayPass’ terminal with the mobile device, as it also allows the user to store details of shop and credit cards on their phone.

Another very recent addition to the service is the option to store reward points and coupons ready for instant use.

All of the functions are made available through an application built into the Nexus handset,

which lists all available payment options, for use at retailers that offer this method of payment.

How Secure is Google Wallet?

All user card details are securely stored online and made available to the mobile device ‘on demand’ through the application.

The application functions automatically when a payment is made. It does not have to be manually opened,

which offers additional security as well as making transactions much simpler.

Continuing on the subject of security, in the event that the handset were to be stolen,

Google Wallet requires two separate passwords for it to be operated, one for the handset and one for the application. Furthermore,

contactless transactions are protected from fraud in the same way as standard ones.

Having everything in one place, like a ‘real’ wallet, has the benefits of being safe, secure and instantly available.

as quick as ordinary ones, a clear advantage to busy retailers and their equally impatient customers.

It is also rumoured that Google is working on enabling ‘predictive’ user-specific offers, linked to their Google+ social networking site.

The potential for future developments are huge and systems currently under research are highly likely to become the main payment systems of the future.

Make Money Without Ads From a Blog