How many times have you looked at your mobile phone and wanted to throw it?

Throw it into the corner, smash it, and hope that the insurance (which you probably didn’t buy because you’re ‘very careful’) will miraculously cover the damage?

I know I have, purely because mobile phone contracts go on for far too long. 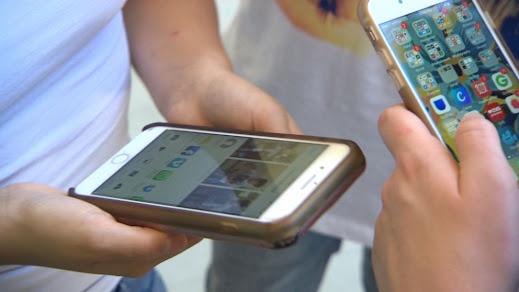 24 months? 24 months?! I don’t want the same mobile phone for two years. I say that now, but back when I bought my own handset in 2010 I thought ‘Hey, I could easily live with this for two years; it’s so modern and up-to-date.’

They never are though, are they?

Three months into your contract and a smartphone equipped with jet-pack and x-ray vision flashed onto your television screen, urging you to buy it because it’ll completely change your life.

The trouble is, technology is always changing and never is this truer than in the case of smartphone technology.

We cannot in our wildest dreams keep up with it. With the recent release of the iPhone 4S there were many ‘ums’ and ‘ahs’ over whether it would be worth waiting for the iPhone 5 to appear instead.

The Samsung Galaxy Nexus is apparently coming out mid-November, with an average 24 month contract (there’s that evil term again) for £31 a month, plus £59 up front. That’s over £800.

A huge wad of cash that you’ll still have months left to pay for when that sexy little number with the jet-pack waltzes up to the screen to tease you.

Will we ever be happy with our phones? Perhaps. One redeeming feature of Apple is that they’ll provide the new iOS 5 to their existing customers as well.

It won’t be available on any of the pre-3GS models, but at least those who invested in the subsequent handsets can enjoy the new operating system. It will entirely transform the iPhone,

making it almost as good as the spanking new 4S. Android 4.0 is, according to Google, going to be available on nearly all high-end handsets. Did you read that? Nearly all. Makes you want to wait and be savvy before plumping for a brand new phone.

But surely we can’t sit and wait for the next best thing; if that were the case, we’d still be sitting with a 1984 Mackintosh and playing Snake on that Nokia 3210.

We’re an all-consuming society, and we want the latest and greatest gadgets we can get our hands on.

Whether we’re duped and suckered in for every new model on the market is irrelevant; we simply won’t be happy unless we’ve got a new improved smartphone to covet.

There is of course one way that you can get around this – buying an iPhone 4S without a contract.

This will allow you to update your phone whenever you like. The only problem with this option is that most people will not be able to afford the £800+ needed to buy the phone outright.

Alternatively you can enter the current Best Mobile Contracts phone giveaway, with the prize being a brand new unlocked iPhone 4S.

Simple visit the iPhone 4S competition page and answer one simple question. You may be the lucky person receiving a new iPhone 4S on November 15th when the competition closes.